This show was created via the Evening Star Collective- a group of Portland, OR based artists (those listed below and more) committed to developing work in the collaborative process of joining music, dance, poetry, performance and a variety of visual arts. This is our premiere production! Join the Evening Star email list to stay updated on this and future endeavors. 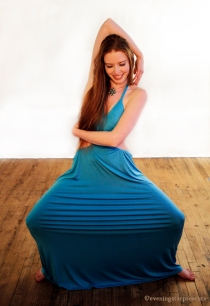 Danielle Elizabeth: Multi-disciplinary movement artist and musician, focusing mainly in Contemporary, Middle Eastern, and Balkan dance and song. She has studied western dance forms since age 7 and graduated from Alfred University in 2007 with a degree in mixed-media performance art with a focus on dance. Since moving to Portland in late 2007 she has been involved with Water In The Desert (Butoh) & Rachel Brice’s Datura Project (belly dance), toured the US & Europe with The Underscore Orkestra, was co-director of Versipellis that showed at The Headwaters back in 2012, is currently the co-director of Baksana and Arcana (SF) music and dance ensembles and teaches both dance and yoga. She is deeply inspired by water, life’s many ebbs and flows, and the interwoven connection between music and dance. 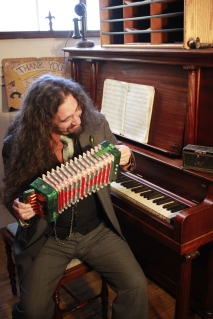 Paul Evans:  Multi-instrumentalist/improviser extraordinare (and ex-modern dancer!) Paul wrote the music for this show in a uniquely collaborative way with the dancers. A life-long pianist turned wind and percussionist… his studies of Classical & Jazz music at CalState Long Beach and ASU, where he was also working as a composer and accompanist for dance and theater departments, set him up for precisely this sort of endeavor! Paul has been playing music in and around Portland for the past 13 years, you may have seen him with Vagabond Opera, Klezmocracy, AnnaPaul and the Bearded Lady, Baksana, the former Wander Lust Circus Orchestra… to name a few.
More about Paul: http://espgroups.com/paulalone/ 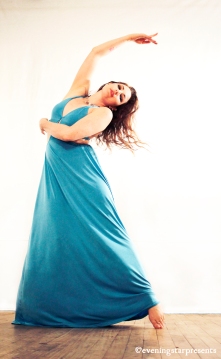 Ashley López:  is a Portland resident, weekly instructor at Datura and instructor for Datura Online.  She’s toured through over 20 countries internationally and loves to collaborate with other groups such as The Vagabond Opera, Beats Antique and her own Portland-based creative outlet, The Allegro Project.  A certified group fitness instructor, yoga teacher and Pilates nerd, she has a degree in music and loves to dance, sing, play guitar, and contort herself.
http://www.ashleylopez.com/ 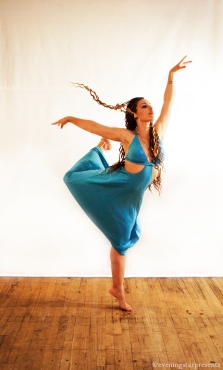 Bevin Victoria: began her studies in bellydance over a decade ago and has since had the privilege of studying and collaborating with some of the most prestigious teachers and artists in the field. Member of Baksana and Sepiatonic, Bevin is thrilled to be back in the Pacific Northwest after spending the last 3 years in the beautiful city of Boston co-founding and directing Urban Nomad Dance Company and working with the wonderful dancers and musicians of that fusion belly dance community. With a background in gymanstics and martial arts, she currently works in Portland as a dance coach and personal trainer and will be teaching workshops at Jamballah NW and Waking Persephone this year- for more info please visit www.hybridbellydance.com 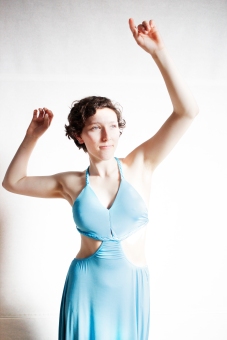 Ciarra D’Onofrio: is blissful when she is dancing or choreographing. She grew up dancing from the age of 12, studying a variety of styles including ariel, salsa, swing, jazz & contemporary and then most recently studied dance and choreography at Lewis & Clark College here in Portland alongside studying anthropology and gender studies. Upon graduating in 2015, she received the Distinction in Dance Choreography award from the Lewis & Clark dance department. Ciarra loves to use dance explore human experiences and social phenomenon. She is very excited to be part of the Tidal project and to be working with a wonderful new community of dancers, artists, and musicians. 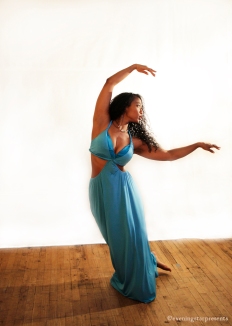 Makeda Gershenson: began dancing in graduate school at Stanford University where she joined Arabesque, the middle eastern dance troupe. Her current Portland based collaborations include Datura Dance Project, (Allegro), Baksana, Amrita and now : Evening Star Collective. A perpetual learner, Makeda’s ever evolving dance style is influenced from her many collaborations and Rachel Brice’s The 8 Elements. A movement artist and vocalist, she enjoys cross-poll(i)nating with movement and music artists around the globe. For music and dance information, check out https://www.facebook.com/mosaicbymakeda/ 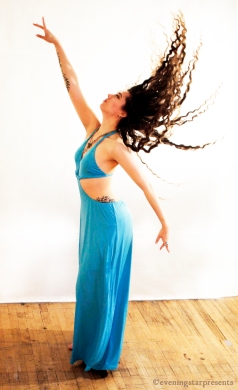 Morgan Fay:  is a visual artist, Tribal Fusion and American Cabaret belly dancer based out of Portland, OR. She began studying belly dance at the age of sixteen and currently trains with Rachel Brice, Suhaila Salimpour, Henna and many other wonderful teachers. She has danced with the Datura Project, Apsara Experience, Basharaat Dance Company and Baksana. With over fifteen years of experience in various dance forms including Ballet, Samba, and Jazz, Morgan is now devoted to studying the history of belly dance and Classical Arabic music, building a library of reference books dedicated to belly dance, and creating original and intricate compositions for finger cymbals. Find out more about Morgan Fay at morganfaybellydance.com. 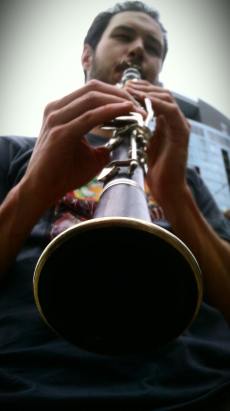 Leon Cotter: is a multi-genre saxophone and clarinet player based in Portland, Oregon. He has performed to sold out crowds at the Fillmore West with the California Honeydrops, at venues and festivals like NYC’s Blue Note and the Burlington JazzFest (opening for Jimmy Cliff), and has shared the stage with artists like Charlie Hunter and Toussaint the Liberator.
www.leoncotter.com 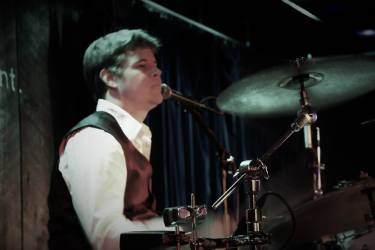 Charles Pike : Charles’s earliest performances were on Piano, though he is now also a sought after percussion teacher at Reed college and performer all over the Portland area with groups such as the Portland Chamber Orchestra, the Vancouver Symphony Orchestra, David Vest, Franco Paletta and the Stingers, The Vermen, Smut City Jellyroll Society, The Hellhounds Blues Band, the 2010 Grammy Nominated Brothers of the Baladi, and  The Late Now. He Received his BA in Music Composition from University of Montevallo. http://www.charlespike.com/